Below is the text of the speech that David Danish made on February 27th, 2020 on  the School Choice Forum at the library. He begins at approximately one hour and two minutes into the video. 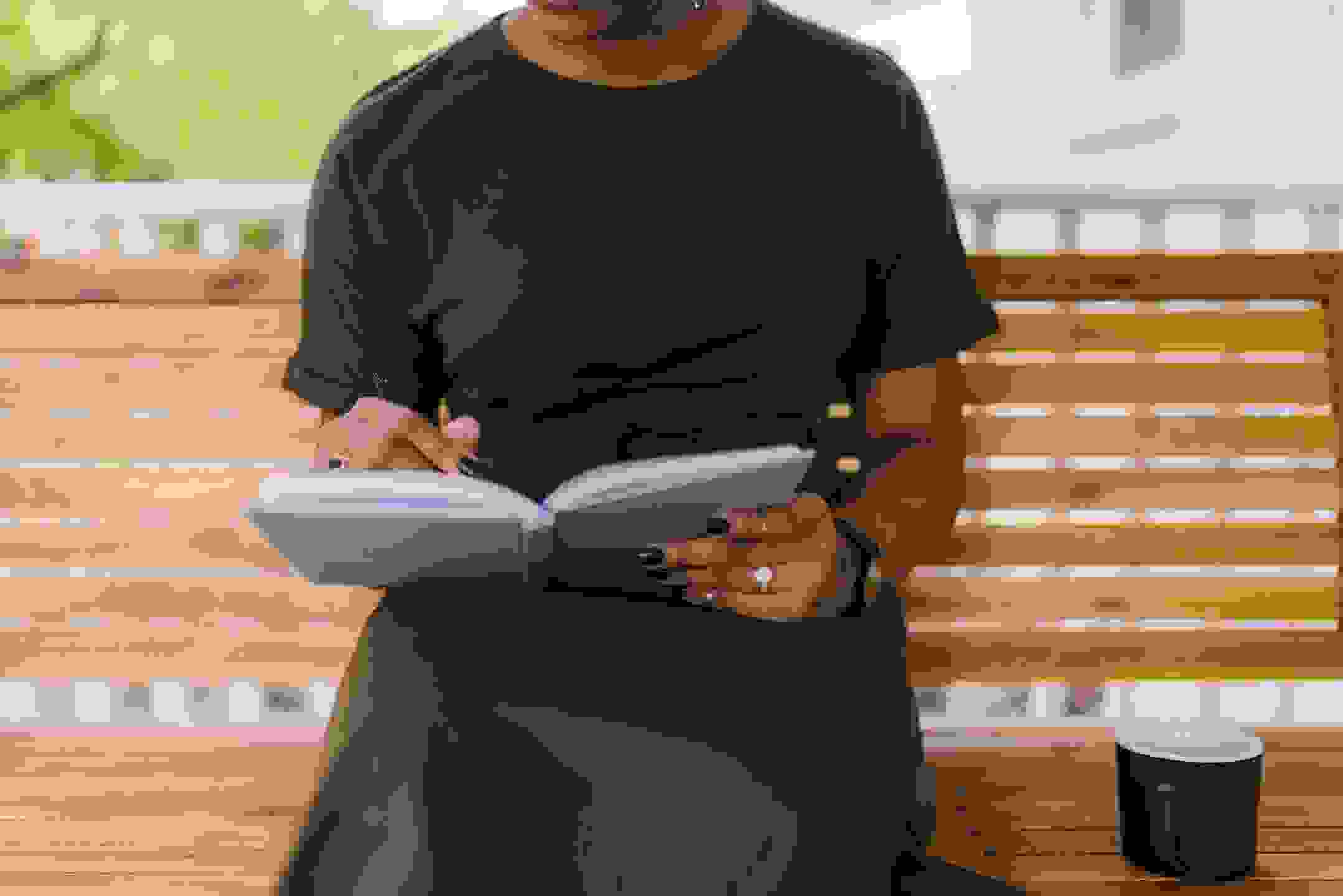 First, I would like to thank the Brewster Community Network and John Lamb for the opportunity to present to you some information to why the Concerned Taxpayers of the Nauset Regional School District feel that spending over $95 million dollars is not best for the taxpayers of the district.

Our group does not question the fact that the NRHS is tired and needs to be renovated. What we do question, however, is that we are being asked to build a school of over 214,000 square feet, which is 16% bigger than the current 183,000 we currently have at a cost of $131.8 million!

Currently, 921 students attend the Nauset Regional High School. Of that, 616 reside of our district. The rest are there as guests of the Nauset Regional School Committee and would not pay one penny to the capital investment of $131.8 million. All that cost is being put on the taxpayers of our region.

219 students are here from school choice and 86 are here based on an agreement made with the towns of Provincetown & Truro, who have high school students but no school to send them to. We think that it would be completely logical to add those towns to the Nauset School District, but a new contract has been made between the superintendents so nothing can happen until the contract runs out.

School choice is a program that is approved by the State of Massachusetts which allows students to migrate to schools outside of where they live. Of the 219 students from outside the district who attend the high school, this is where they are from:

86 from the DY District

101 from the Monomoy District

To give you a brief education on school choice, the state collects $5000 (plus special needs costs when necessary) from the sending district and deposits it with receiving district.  The rest stays within the region from which he came. This allows the school budgets to have some money left to pay for the overhead of the school they should have attended.

For instance, it has been established by the Nauset School Finance Committee that it costs $20,500 to educate a student in the Nauset Middle School and High School. So, if a student were to leave Nauset, $5000 goes to his attending school and $15,500 remains here.  That means Nauset is educating 219 students to attend the high school who only contribute $5000 while the taxpayers of our region is paying $20,500 for our students. We feel that this puts an undue burden on the taxpayers of our district who are subsidizing these students with our tax dollars. If we were to take 219 students and multiply it by $15,500.  We are subsidizing an amount of over $3.3 million every year!

School choice was a program created by the state to fill in open spots in a school that had an opening.  A few students here and there was an excellent way to help schools get through tough times.  The current state average of ALL schools who participate in school choice is an average of 1.7%.  At Nauset Regional High School, the current average of students 23.7%, FOURTEEN TIMES the state average.

Now this has been going on for a long time at Nauset.  As our trend show the student population going down, school choice is going up to replace the population drop.  According to data on the Nauset Building Project.com, in 1994 there were a total of 3,307 students attending the Nauset School System. Twenty-Five years later, 2019 there were 2,303 students in the system. That is a loss of 1,005 students or 30% less students!   Not only that our region projects out to lose another 167 students by 2025.  As a result, we will become more and more dependent for students outside our region to fill our schools, something that we have absolutely no control over.

At this time in history we are at a position where for the first time the taxpayers can have a say in either continuing or ending, what our group considers School Choice abuse.  We are not asking for school choice to stop, but at least a percentage more closer to what the state average of 1.7% is.  Nauset’s percentage, 23.7%!  The taxpayers of our region will have the opportunity to make that choice.

Now is the time to talk about Brewster.  While Superintendent Conrad & the Nauset School Committee is requesting to build a school 50% larger than is necessary, a citizen’s petition at our last town meeting allowed us to have a non-binding vote for consideration of combining the current elementary schools into Stony Brook and the Eddy into a community center. Our elementary population has gone from 735 in 1995 to its current number of 470.  The numbers are dropping considerably and the trends show more of the same.

At this point I would like to talk about Brewster’s financial responsibility.  The town’s fee is based on the amount of students that attend Nauset, both the middle and the high school. Here are the percentages:

That means the $95 million to pay for the school is distributed the same way.  Brewster will be responsible over $45 million.  To put that amount of money into perspective, that is a few million more than the entire budget to run the entire town of Brewster. This burden will especially hurt the thousands of people who live in the region who are on fixed incomes. Asking them for all that money is not fair.  I will offer a much fairer option for all later.

One more note about the allocation, as I stated Brewster is at 48%.  If one of the other three towns in the region numbers of students goes down, and Brewster remains with the same amount, we will have to pay more because our average will go up.  There are variables within this plan that the taxpayers of Brewster will have no control over but would result in having to pay more in the future.  This is while all the trends in the four towns showing the numbers to continue to go down.  Right now, at Nauset Regional High School, Brewster has 30% of the students but are being asked to pay 48% of the costs! Building a school of 905 is not fair to the taxpayers.

So Nauset Regional High School must be Renovated.  This is much more complex than building a school from the ground up.  According to the architect company in charge, they told the Brewster FinCom that they do very few renovations. Perhaps that is the reason why we are paying $9.925 million in architect’s cost.  When a Brewster FinCom member remarked that was a lot of money, the architect responded, “I have 17 people working on this project.” Well, to put that into laymen’s terms, if those 17 architects worked on nothing but the Nauset High Renovation job for the next three years, they would be bringing in almost 195,000 per year, per architect.  I guess I should have been an architect!

Back to the real facts.  We have a school that must be built for no more than $131 million. There is a state agency named the Massachusetts School Build Authority.  Each year, multiple schools submit proposals hoping that theirs will be chosen.  Nauset was chosen and awarded $36.6 million of the $131.8 cost to fix and expand the school. That is 27.7%.  The MSBA will pay up to maximum of 43%. So why you ask, is Nauset only receiving 27 percent?  Because the plan that was submitted to the MSBA contained items that were “out of the acceptable design.”  For instance, the Building Committee wants a 750-seat auditorium. MSBA only pays for an auditorium 2/3 the population of the school. Because they want a 750-capacity auditorium, the taxpayers will have to pay instead of the MSBA. Once again, an unfair burden on the taxpayer.

We have posed a question to Greg LaVasseur, the Chair of the Nauset Building Project. Greg has worn many hats representing the Town of Brewster, and I assure you, he is the best man to run this project.  If it does pass, I have great confidence Greg will do the job better than anyone.

But we asked Greg what he thought it would cost to build a school of 700.  He responded that the cost would not be much different because all of the elements will remain the same but we could shave some classrooms. He estimated the savings could be maybe in the range of $7-$8 million.  That means it could cost about $125 million. I do not know what type of effect that has on the MSBA grant, we didn’t ask.

But let’s ask the question if the $131.8 million school could be built within the guidelines of the MSBA. Since we know the MSBA does pay up to 43%, say they did for our project.  That means the MSBA would chip in an additional $20 million!! But they can’t because they want a 750-student auditorium and I am sure a great many other items the MSBA won’t pay for.  That means the responsibility will lie 100% to the taxpayer for those luxuries.  That isn’t fair. (Dave,  If you recall, MSBA pays for only 8% of earth-moving and 0% for temporary classrooms, auditorium seating = 2/3 of the school population, as well as other items that have limitations - you should re-check the 11x17 spreadsheet containing the details of the cost estimate).

In conclusion, I want to talk about a potential option.  You see, we know for a fact that the Nauset Regional School System is asking us to build a $131 million school at the cost of $95 million to the taxpayers.  In 2014, the Monomoy District was formed by combining Harwich & Chatham.  They decided to build a 700-student capacity school.  This school used standard MSBA rules for conformity.  Because of that, the MSBA gave $28 million to the project.  That means the Monomoy School District got a 700-student school for $32 million cost to the taxpayers.  The Nauset School Department is asking for the taxpayers of Brewster, Orleans, Eastham & Wellfleet for $95 million for a school of 905, 1/3 of which are not contributing one penny towards the capital investment.  Let’s build a school for the students in our district and bring school choice closer to the state average of 1.7%. Let’s not pay three times the amount that Monomoy got their school built!

In Conclusion, our group is asking you to carefully a consider the impact this expensive project will have on the four towns in the District.  Your opinion is your opinion.  But in speaking to the majority of the folks in the district, they are not aware of the specifics.

What our group is for is to explain exactly what the taxpayers are voting on, and what we have here is a question of fairness to all parties involved, the region’s taxpayers, our neighboring towns, and the students.  When this is all over and the voting is complete, I hope to shake the hands of the people in charge of this program and wish them well, regardless of the outcome. It will now be in the hands of the voters.

I know that I have gone through a lot data tonight. I’m sure you would like to go over this transcript.  You can read everything I have said tonight, word-for-word on our website, noto905.com.

Again, I sincerely thank John Lamb and the Brewster Community Network and hope to share our story with the other towns who comprise the Nauset Region School District.

If you have any questions or comments feel free to send them to me. I promise that if

I can't answer your question I will find a way to get it answered. Thank You